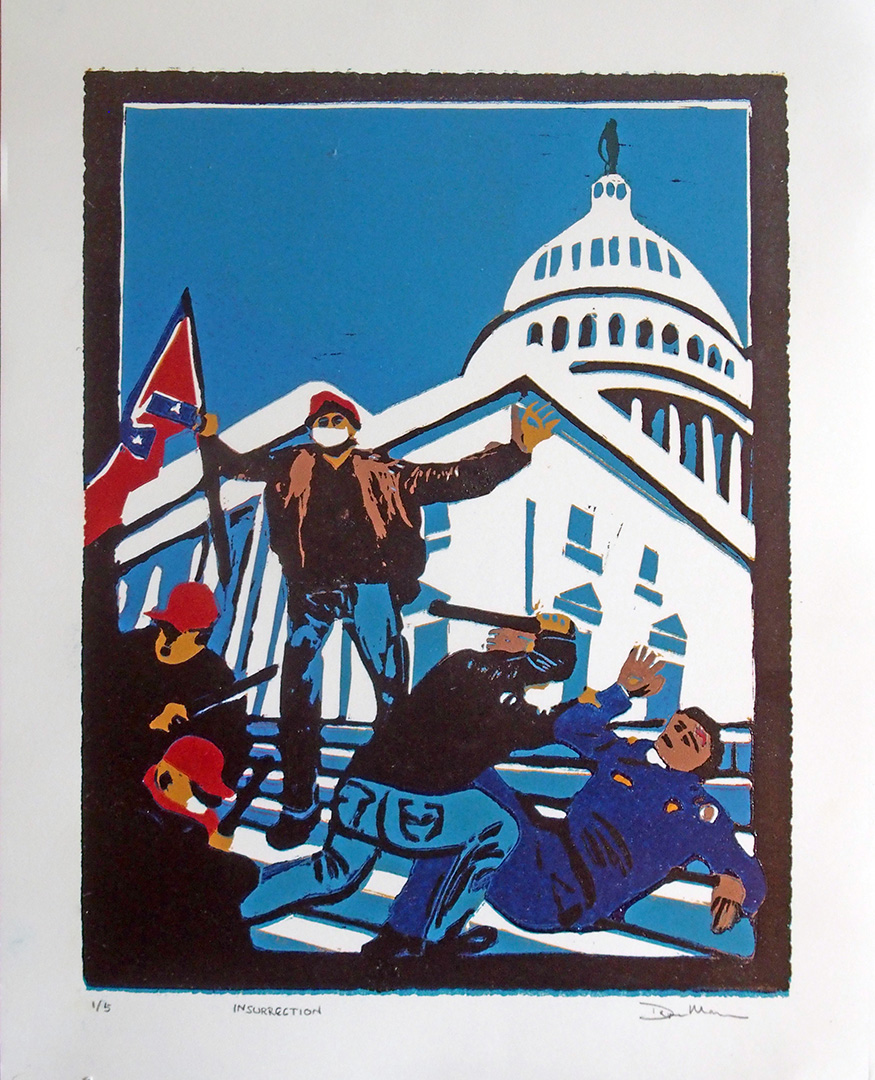 On January 6, 2021, a joint session of Congress met to formally count the certified electoral votes of the 2020 presidential election.  That morning, outgoing President Trump addressed his SAVE AMERICA RALLY at the White House Ellipse claiming that he won the election in a landslide and thus its theft was an assault on our democracy.  He told his supporters that they must march with him to the Capitol and stop the count or they would lose their country.  Thousands in the incited mob led by three White supremist groups did just that.  The Capitol Police were overwhelmed and the Capitol was violently breached.  The insurrectionists successfully interrupted Congress. The Vice President, Senators, Representatives, and staff were led to hiding places by the Secret Service and Police. The rioters vandalized the Senate and House Chambers, offices and media.

Belatedly, the acting Defense Secretary authorized the National Guard and regional police forces to reinforce the Capitol Police. That evening the President thanked the mob and asked them to go home.  After 6 hours of fighting, five people died and 140 police officers were seriously injured, but Congress returned to complete its work that night.  Over 500 rioters are now charged with felony offences for the violence that day.

“Insurrection”, a hand-pulled reduction relief print, is a symbolic representation of the events of that day.  I use the dramatic exterior façade of the Capitol that witnessed most of the injuries to make clear to future viewers the importance of where they took place.   The red caps of the Make America Great Again (MAGA) Trump following represent the thousands of rioting participants.  I show a Confederate battle flag, of which many were present, in order to represent the White supremacist leadership.  I show their violence against a Black police officer in reference to the nature of the historic divide.  The clubs represent the hand-to-hand weapons used.  The rioters also used such things as bludgeons, Tasers and strong chemical sprays against the largely unarmed police.